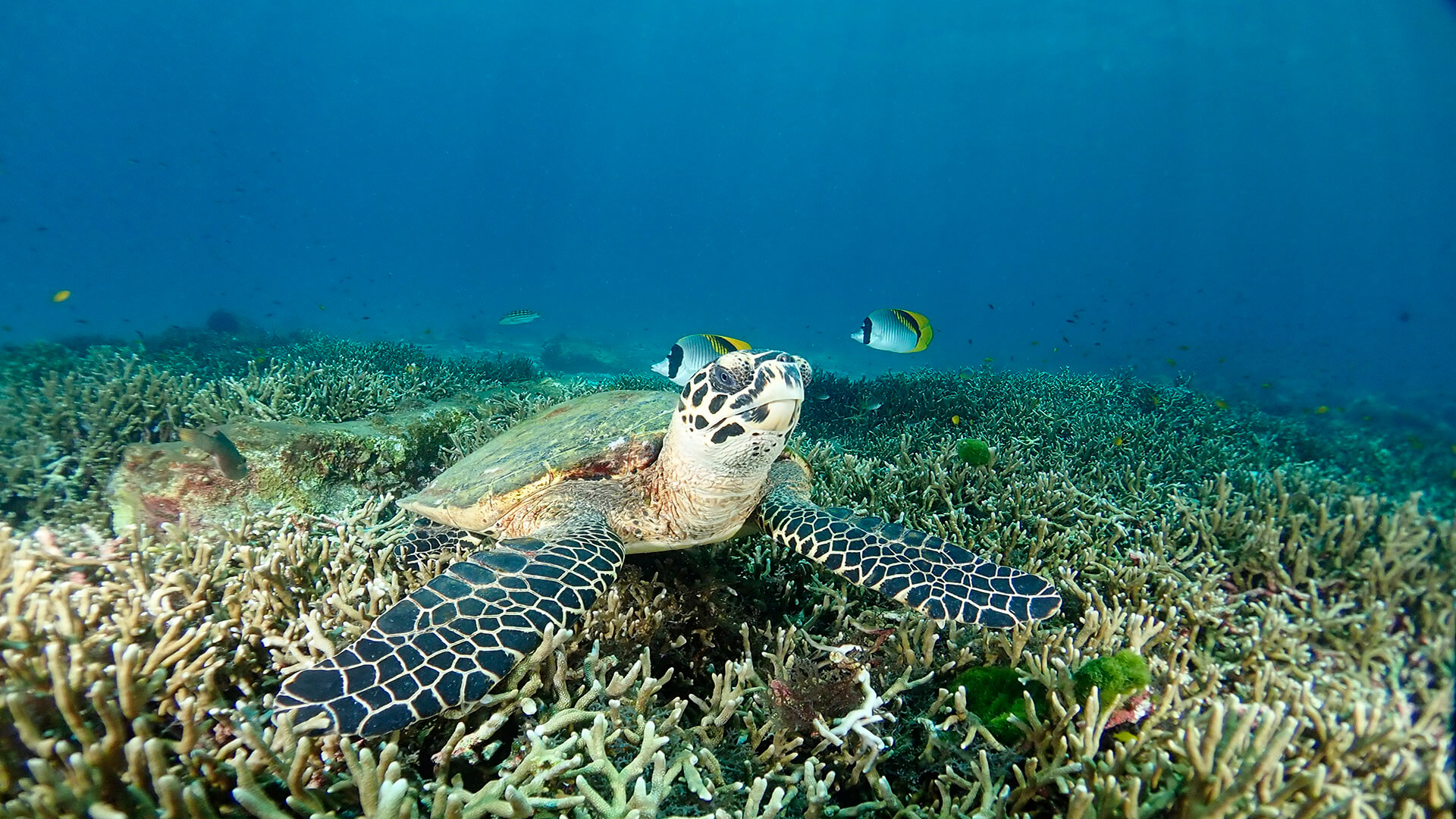 The Racha Islands Of Phuket Have Diving For Everybody

Whether you’re vastly experienced or a complete newbie the diving at Phuket’s Racha Islands will have something for you. The crystal clear and usually very calm waters offer the best of both worlds. The shallow areas are safe and fun for Open Water or Discover Scuba Diving students and the deeper areas have plenty for the more seasoned diver.

A Bit About The Islands

Racha or Raja in Thai means king/royal, Noi is little and Yai big. So we have big king and little king and apt name for these majestic islands. Both are covered in lush foliage, have beautiful beaches and stunning clear blue water.

Racha Noi (roughly 6km) is much longer than Yai (roughly 4km) but Yai is wider with higher peaks so you could be excused for thinking they’ve got it the wrong way around. Racha Uaan (fat) and Racha Phaawm (skinny) may have been a better choice.

Apart from a herd of scrawny yet enterprising goats, Racha Noi is completely uninhabited. The ultra clear water and healthier corals seem to revel in the lack of human interference. Racha Yai has quite a few resorts squeezed into a small area at the Northern end of the island. As a result the water quality and coral growth has suffered. Plenty of artificial structures have been placed underwater in an effort to attract marine life with some level of success. 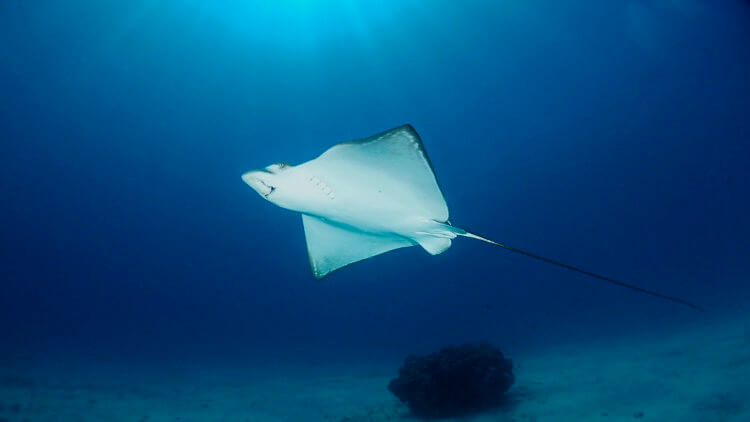 What Will I See At Racha Noi?

If they’re not around there’s plenty of smaller stuff to keep you occupied. Banded sea kraits, reef octopus, stonefish, cockatoo waspfish, comets and plenty of nudi’s to list but a few. Have a good look around the coral bommies to find all these hidden gems.

The coral patches are home to colourful damsels and small wrasse as well as juvenile fish of many species. Lionfish and scorpionfish are usually close at hand waiting for the smaller fish to stray from the safety of the coral.

The topography is quite stunning on some of the dive sites. Huge granite boulders tumble down into the depths and are reminiscent of the Similan Islands although nowhere near on the same scale. Recently a wreck has turned up that’s so shallow even snorkelers can enjoy as you can see in the picture below 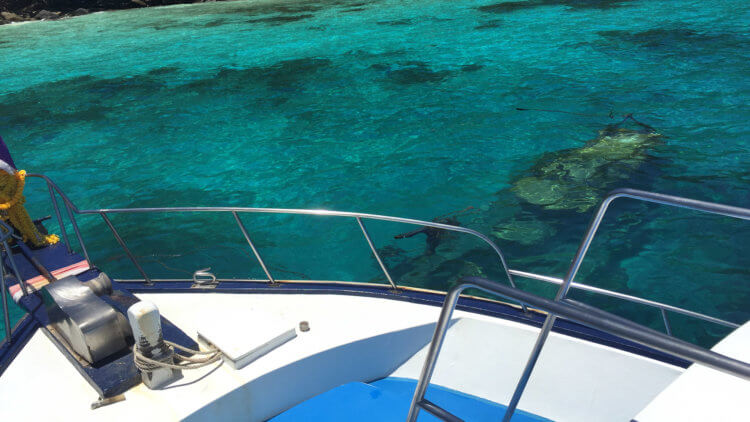 What Will I See At Racha Yai?

With 5 shipwrecks, two motorbikes and hundreds of concrete cubes between bays 1 & 2 it can feel more like a scrapyard than a dive site. These artificial structures certainly attract marine life to what would otherwise be a fairly barren area. They also take the pressure of the remaining coral and will hopefully give them a chance to regenerate. 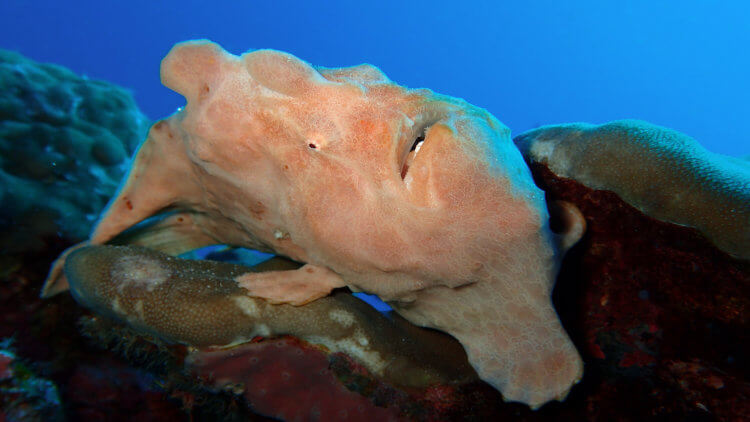 Phuket’s very uncomplicated weather pattern and the orientation of the islands allow us to find shelter at the islands at any time of year. There’s decent dive sites on both sides of the islands although most would have a preference for the east side. That’s generally where we go throughout the low season, so no matter what the weather gods sling at us we can always find somewhere to get you blowing bubbles at the two kings.

Shoot us an email at any time of year to arrange a dive tour with Phuket’s local experts and we’ll show you the very best of the Racha Islands. 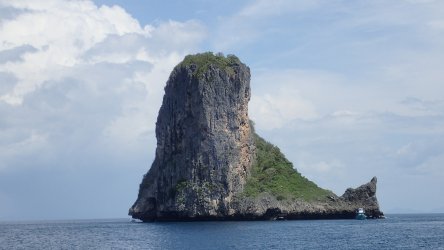 In the interest of variety we don't dive Koh Bida Nai very often. It's very similar to it's sister island Koh Bida Nok which we consider to be a better dive site. It was on a par but since we lost the beautiful staghorn fields to coral bleaching it's lost a little of it's lustre. Still it's an interesting dive site with lots of hard corals, boulders and swim throughs. The swim through at the south west corner is particular nice. It forms a [...] 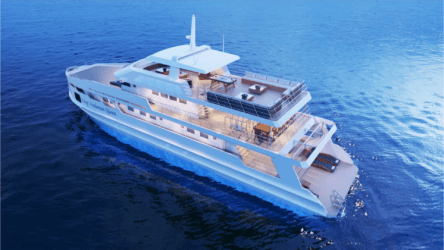 In 2012 Deep Andaman Queen went for a complete overhaul. She now boasts one of the largest dive platforms of any Thailand liveaboard. This steel hulled twin engine boat has high safety specs and a number of cabin configurations to suit every budget. In 2015 she had a Coltri Sub Nitrox membrane system fitted to ensure every certified nitrox diver has enough for every dive on the trip. They didn't stop there! In 2019 the boat was completely ov [...] 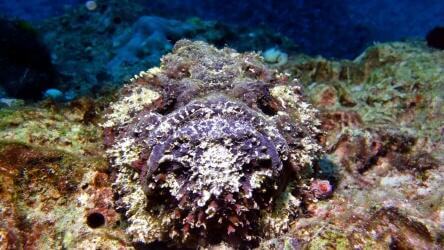 The Stonefish can be found in many of the popular day trip destinations in Phuket. They are not small, reaching an average length of 30 to 40 centimeters and up to 2 kg in weight. They have the ability to blend in the environment quite well and they can be quite difficult to notice underwater. A bottom-dweller, their appearance gives them the look of a rock or stone while they lay still waiting for a prey. Their odd shape works well for l [...] 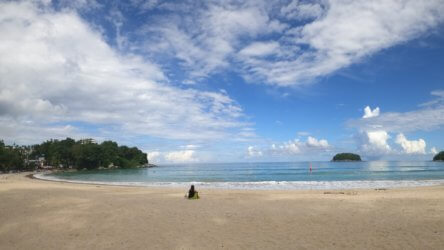 Great Time To Come To Phuket

In maybe incredibly awful for business but it's a great to come to Phuket if you're already in Thailand. With so few people on the island but for those who stayed/trapped on Phuket - paradise has returned. Idyllic island life has returned for many, Phuket is really showing off its natural charm. The rainy season has just started, turning the island green and accentuating the natural beauty. The hotels that are open are offering great rates as [...] 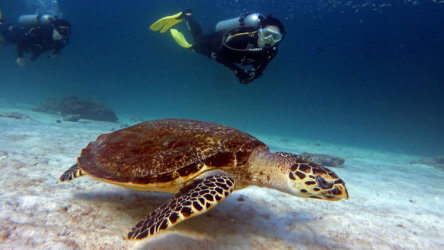