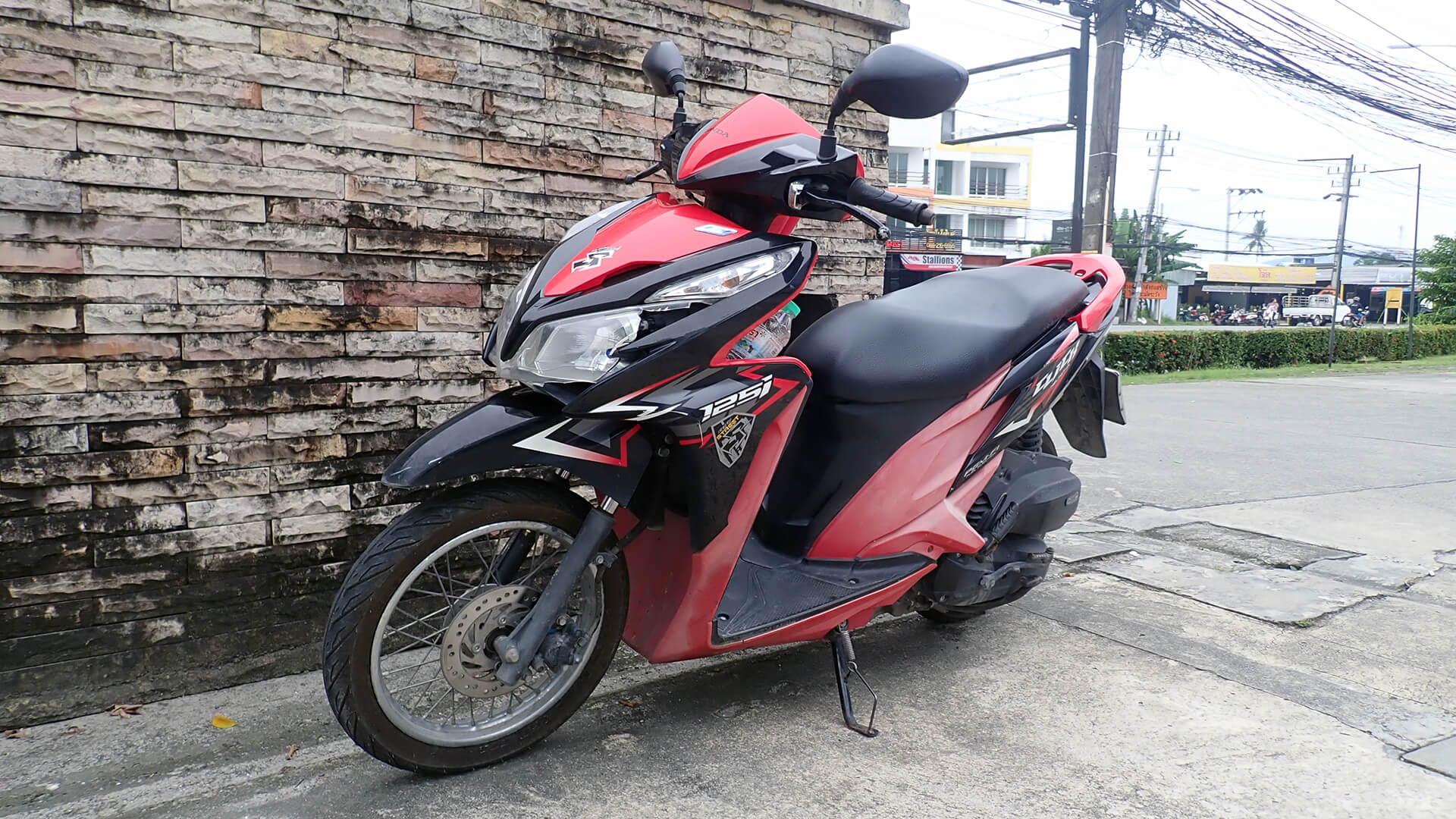 Hiring A Scooter In Phuket – Risk And Reward

Ridiculous transport costs on Phuket force many tourists to look at alternative options to get around. Although hiring a scooter is a cheap and convenient option there’s plenty of potential pitfalls to look out for. With Thailand recently being promoted to the world Number 1 spot in road accident deaths (Yay! congratulations), it’s a decision that you shouldn’t take lightly.

The Reasons For Such Terrible Figures

Of the estimated 24,000 people killed on Thai roads annually, 73% are motorcyclists. Thailand’s road system has rapidly increased in the last few decades bringing people with the small village driving mentality into contact with high speed dual highways but this is only part of the problem.

Driving standards can be described as weak at best. The motorcycle driving test can be completed in just one day with only 4 or 5 minutes actually spent driving a motorcycle. Despite the governments launching many initiatives and campaigns, law enforcement on traffic regulations is pretty much non-existent and if they are enforced the fines are not much of a deterrent.

Certainly on Phuket the lack of cheap affordable alternatives force people on to the roads who simply shouldn’t be, it’s not uncommon to get ‘burned off’ at the lights by a twelve year old. The parents and children haven’t really got alternative options to get the kids to school.

Tourists Can Be A Big Part Of The Problem

It can seem like a very convenient and cheap way of getting around and seeing some of the beautiful parts of the island on your own time frame. You can avoid the crowds, go shopping without having to walk for miles in blistering heat or just enjoy having the wind in your face and for experienced motorcyclists using a lot more than usual caution it is just that.

The problem arises when you arrive on Phuket and decide to try a scooter for the first time – absolutely DO NOT, this is not the place to learn. Traffic laws are seen as mere suggestions and interpreted to suit individual needs. Apparently there are speed restrictions and the traffic drives on the left. Both of those may come as a bit of a surprise to you after you’ve been driving for a few days. Mirrors and indicators seem to be for aesthetic purposes only. Countless divers have had to cancel their Phuket diving because of motorbike accidents.

The tarmac in Thailand is just as hard as it is in the rest of the world so will relieve your head of its contents just as efficiently. You make think it’s cool to drive around with no helmet but the only people who will show appreciation is the local constabulary at their frequent checkpoints. You’ll see plenty of tourists, locals and expats driving around without a helmet. It doesn’t mean they’re cool or clever, just stupid really.

You are required to have a Thai driving license or an international driving license. You may get away with your normal driving license if it is clearly marked that you’re licensed to drive motorbikes. If not you definitely won’t. Checkpoints are placed on the major routes between the beach resorts so difficult to avoid.

Getting relieved of a few more extra coins than you should have is not unique to Thailand. You can get scammed anywhere in the world so this is advice that should be heeded wherever you rent a motorbike.

When hiring a scooter in Phuket you may be asked to leave your passport as a security deposit. There is a fair reason for this. Tourists have been known to crash motorbikes and just leave them on the side of the road so to avoid paying the repair bills or leave the motorbike at the airport to avoid an expensive taxi ride. However you should never hand over your passport a photocopy is enough. Some unscrupulous dealers have been known to withhold passports until alleged damage has been repaired for an extortionate amount of money.

If you’re unfortunate enough to have an accident, it would be better to try and get the damage repaired yourself at a local garage. Preferably the scooter manufacturers official dealership. It’s generally cheaper than what you would get billed from the renter who usually has a “special relationship” with a garage.

Have a good look at the bike and take photos of any damage, even the smallest scratch. You could find yourself being blamed and charged for something that was not done by you.

On rare occasions the motorbike renter will come to your hotel at night and steal the bike with the spare key, leaving you with a hefty bill. Buy a small security chain and lock or give the renter a false hotel name…

I have read on other travel sites that everybody honks their horn in Thailand and you can have fun blasting away all day long. That’s certainly not the case in Phuket and terrible advice. You very rarely hear horns in Phuket, it’s seen as an insult – basically like shouting you’re a f*****g idiot at someone. It could land you in a bit of trouble. So no matter how ridiculous and dangerous the other driver, just stay off the horn and shout the insults inside your head.

Use A GoPro When Hiring a Scooter In Phuket

A good idea when hiring a scooter on Phuket is to attach a GoPro to the helmet. Not just for great footage of your adventure. Foreigners can get blamed for accidents regardless of who is at fault. Some locals don’t bother with insurance and want somebody to foot the bill even if they’re in the wrong. It’s not unheard for bystanders to give false witness in favour of a local. The vast majority of Thai nationals are honest and will rush to your aid. Having a Go Pro to prove your innocence will negate any arguments.

With such a bad record of road accidents it’s no great surprise that the wonderful people who insure you are very reluctant to include motorbike accidents in the policy. So please check the small print for exclusions. Treatment in Thailand is comparatively cheap but serious injury results in serious bills. So if you don’t want your own ‘Go fund me’ page then please make sure you’re covered.

Experienced motorcyclists will have a blast driving around Phuket and see some stunning parts of the island. You’ll avoid the high transportation costs and probably run into some random, fun experiences that you never planned. 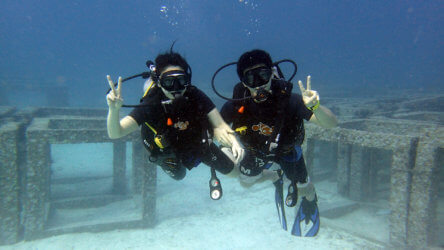 PADI is truly a global organisation. The Open Water Referral system allows you to spend your precious holiday time diving on our beautiful Phuket scuba diving sites. Team up with your local PADI dive centre and then join us for the real fun. Anything that you complete through a PADI dive centre or resort is recognised globally by any PADI dive centre. So complete all your theory and pool work back home and simply join us in the ocean t [...] 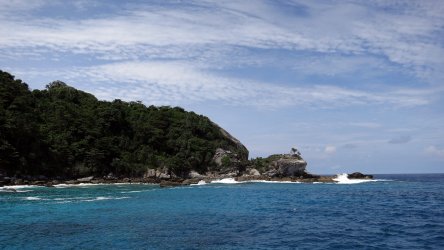 Racha Noi North Tip is a picturesque little bay and a beautiful Phuket diving location. Granite boulders topped by lush tropical vegetation make a great setting for diving. Boulders reach out from the island on either side of the bay and continue underwater giving the dive site a 'Similan Island' feel. The shallow area of the bay is composed of sand interspersed with small hard coral bommies. Leaves from the island gather here so attractin [...] 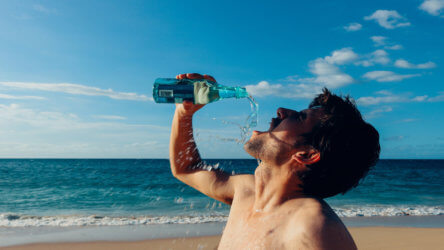 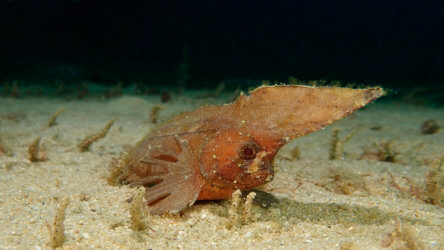 You won't see night diving in Phuket advertised very often simply because there aren't too many options. It certainly is possible and a single long dive at Kata Beach can be very rewarding. Kata Beach is a calm sheltered bay and you don't need to go any deeper than 12m. Unusual and interesting creatures that don't seem to be found anywhere else around Phuket reside here. The reef is only a short swim from the beach and you can begin the di [...] 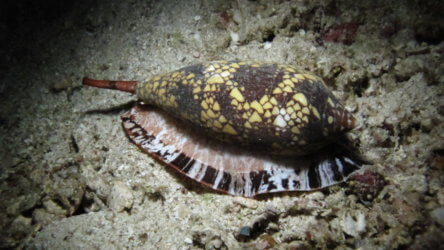 If you want a souvenir from your scuba diving experience in Phuket then just taking photos is the only option you should be thinking about, picking up sea shells could land you in jail and if that shell is a cone shell then you could end up in more trouble - lots more trouble.... Being snails, unsurprisingly cone shells don't chase down their prey but sneak up on them when they're sleeping. They will bury themselves in the sand in the [...]