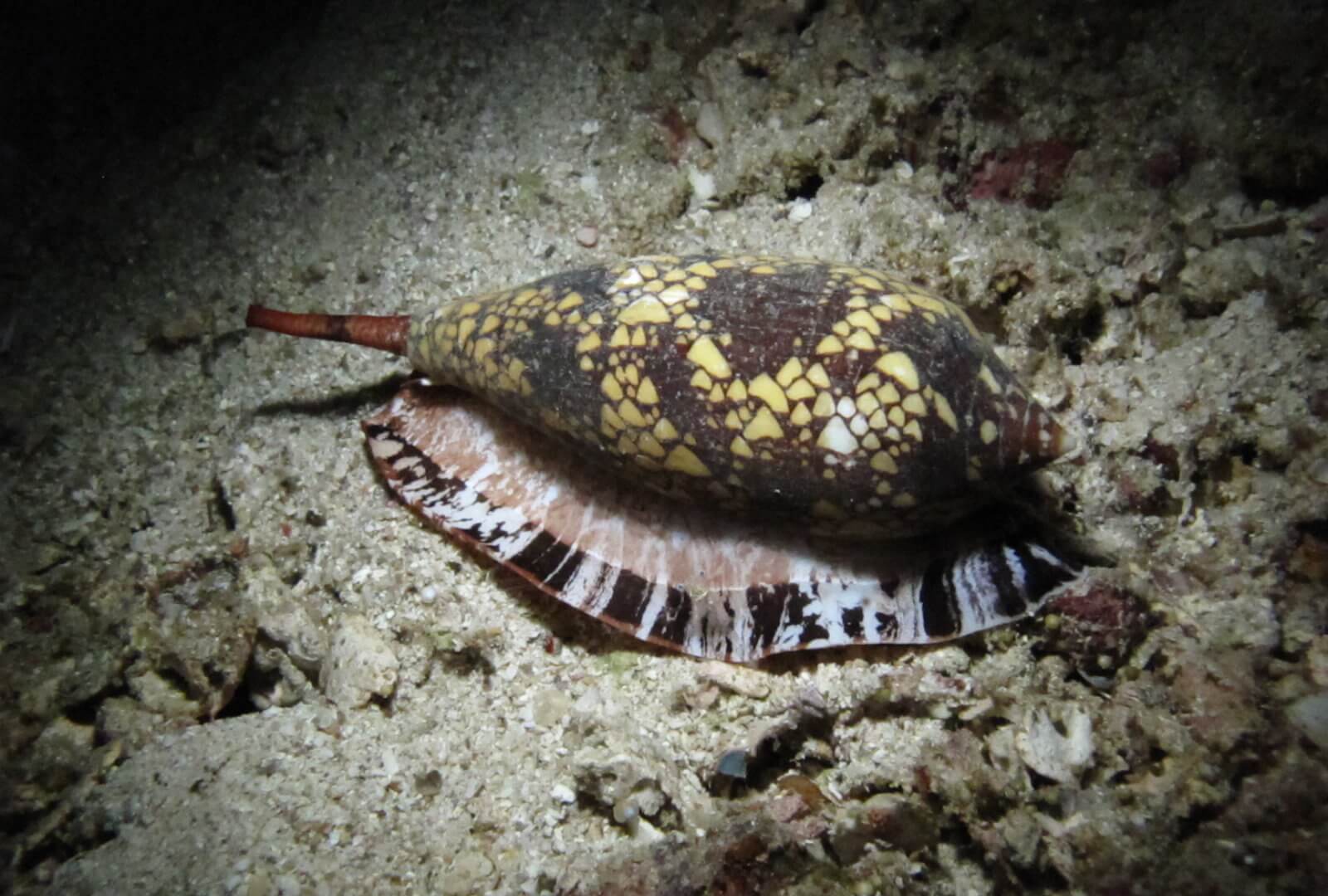 If you want a souvenir from your scuba diving experience in Phuket then just taking photos is the only option you should be thinking about, picking up sea shells could land you in jail and if that shell is a cone shell then you could end up in more trouble – lots more trouble….

Being snails, unsurprisingly cone shells don’t chase down their prey but sneak up on them when they’re sleeping. They will bury themselves in the sand in the daytime and come out at night to hunt, this is when the nightmare begins.

When the acute chemo receptors detect a fish, the snail will slowly stalk to within strike range of its slumbering victim, extend its proboscis and fire a venom covered harpoon that instantly paralyses its prey. The formerly happily sleeping fish is immediately consumed, still slightly wriggling and wondering WTF just happened.

A few days later a grisly pile of bones and scales will be all that’s left of the unlucky little fella and just to add insult to injury, the harpoon that did the damage will be amongst the remains. The cheeky little calling card is a modified radula that the snail only uses once.

A Wetsuit And Gloves Will Protect Me?

Nah, they won’t. The larger species of cone shell (up to 22cm) are the ones we have to worry about, they can easily fire their harpoon through a wetsuit or glove. These larger species generally feed on fish which is a vertebrate so their venom has evolved to quickly immobilise vertebrates which if you didn’t already know is you. The sting can reach you from anywhere you choose to pick the snail up from, so just don’t.

The complex toxins in the cone shell venom doesn’t just randomly run through the fishes (or shell collectors) body, it targets particular areas and muscles, bringing on paralysis and respiratory failure unfairly quickly.

Some cone shells have a pain killer in amongst the toxins that is a 1000 times stronger than morphine, very considerate in light of what the potential symptoms are: sweating, lethargy, weakness, headache – not so bad so far but it’s just warming up – then aphonia (so you can’t even ask for help), drooling, seizures, paralysis, hypotension, severe nausea, diarrhoea, abdominal pain and vomiting. All nicely topped off with complete cardiovascular and respiratory collapse.

Some species have more than one toxin, a milder venom for hunting and a defensive one just for you (aww that’s sweet) that is much stronger and capable of producing the above ridiculously excessive amount of reactions in your body.

At this stage if you still feel like you may pick up sea shells then you need a psych evaluation. Actually no, it doesn’t need a professional to know that you’re a lunatic or just really, really stupid.

Just try to relax and wait for the antivenom to arrive – oh that’s right there isn’t one… nonetheless you should immediately head to hospital. In the mean time:

The people around will have to keep a close eye on you and be ready to give CPR and rescue breaths, that is if they’re willing to battle through the fluids projecting from every orifice. Once you’ve made it hospital then you should be fine under professional medical care, unless it was a geography cone shell that nailed you, if so you have only a 30% chance of survival. Not great news for the victim but at least your friends will have something fun to bet on, every cloud…

Recognising The Dangerous Ones

Not easy, there’s many pattern and colour variants on the individual species, identifying them should be left to the experts.It would also have been difficult for the victims of stings to accurately I:D the snail, so just don’t pick up a sea shell of any kind. Below are some of the more dangerous species identified by the Phuket Sea shell Museum: 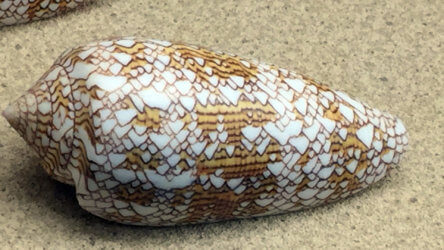 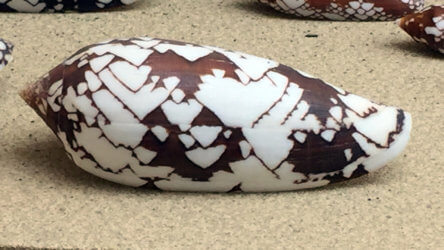 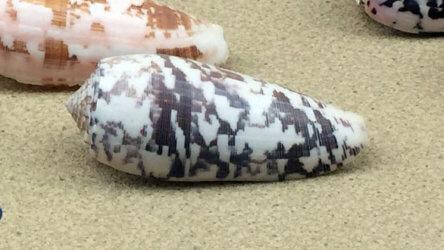 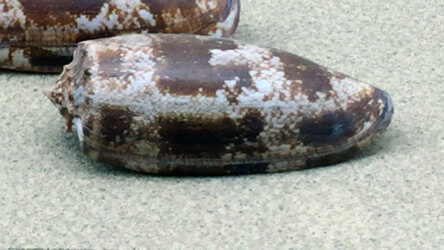 Conus geographus
Phuket: Yes
Size: Up to 16cm
Dangerous: We have a winner ladies and gentleman, the most toxic of a very toxic family. A fair number of human deaths have been attributed to this menacing mollusc. You could go into cardiovascular failure just looking at the photo

The way that cone shell venom can target particular organs or muscles is of great interest to science. If scientists can work out how it’s done then cancer treatment can potentially be delivered only where it’s required without damaging other organs.

As well as being 1000 times stronger that morphine the painkillers that cone shells produce target different receptors and are likely to be nowhere near as addictive.

The incredible variety and complexity in cone shell venom is believed to have many possible medicinal benefits. They’re definitely an animal we want around

The Law Regarding Sea Shells In Phuket

Even an empty shell has a role to play in the environment, hermit crabs have a particular liking for cone shells as a home and the shell will eventually breakdown to form part of the white sandy beaches that we all enjoy in Phuket. For those reasons and others there is a maximum jail sentence of 5 years or a fine of up to THB 100,000 for anyone caught removing marine life dead or alive from Thai waters.

Quite obviously a cone shell is an animal to be admired from a distance (doesn’t have to be a great distance, it’s not as if they can jump at you) and not touched. They’re not a common sighting because of their nocturnal habits but they’re around, you’re more likely to see a cone shell moving around the reef with a hermit crab inside rather than it’s former deadly owner. They inhabit shallow coral reefs in all tropical waters so there’s no getting away from them, stings are very, very rare so please don’t pick up marine life of any kind and you’ll be just fine. 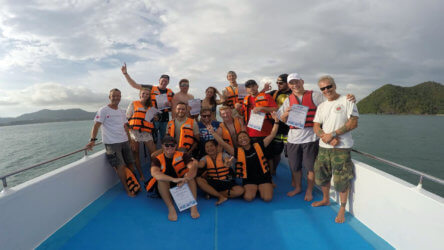 A happy dive team makes for happy guests. Sir Richard Branson is famed for saying that you "should train your staff so that they could leave, but treat them well enough so they don't" and that is the motto we work with here at Local Dive Thailand. We might be a large, tour leading scuba diving agency but we know the value of quality staff. Some of our dive team have been with us since we first started operating. Many have been diving in Phuke [...] 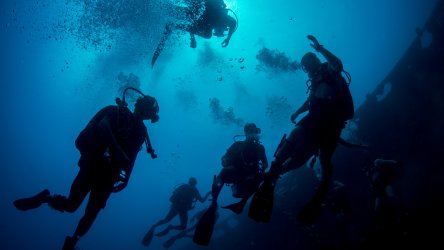 The lure of the unknown is what got many of us into scuba diving in the first place. I'm sure like me you glance wistfully into the depths wondering what they're hiding. There's always the feeling of excitement and mystery when exploring somewhere that not many others can. The PADI Deep Diver specialty will extend your current depth limit to 40m/130ft. Allowing you to check out new environments, deep wrecks or maybe just get away from the [...] 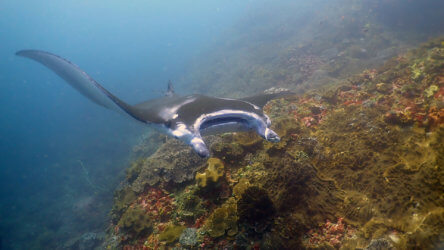 We like our day trip diving around Phuket but diving in the Similan Islands is another level. Before you even put your head under the water, the beauty of this island chain will take your breath away. Crystal clear waters surround islands of lush tropical vegetation. A scattering of white sand beaches and impressive granite formations top off the stunning scenery. Diving in Similan islands will probably be the highlight of your Phuket adve [...] 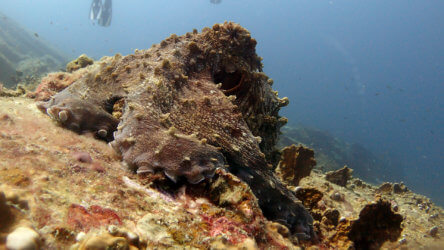 How Does An Octopus Change Colour?

Dazzling colour changes and perfect camouflage make octopus a favourite with everybody diving in Phuket but how do they perform this magic trick, well it's not mirrors, sorcery or witchcraft it's a complex combination of muscle, nerves, brain and skin pigments. By far the most common octopus we see when diving in Phuket is the day octopus (octopus cyanea) so we'll base our facts around this very convenient creature (we don't do night dives). [...] 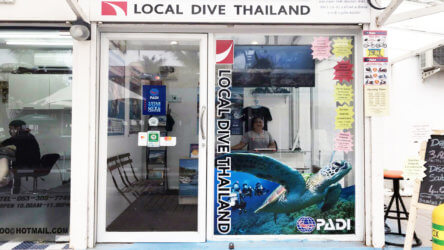 Patong remains the busiest beach resort in Phuket. Many of our dive guests choose to stay in this popular area of the island. We've now opened a shop on the beach front, divers can now drop by and meet Simon to finalise their diving plans. *Unfortunately we've had to temporarily close our dive shop in Patong on the beach road. You can contact our main Rawai office via telephone or email. If you're in Patong and would like to speak to us fa [...]