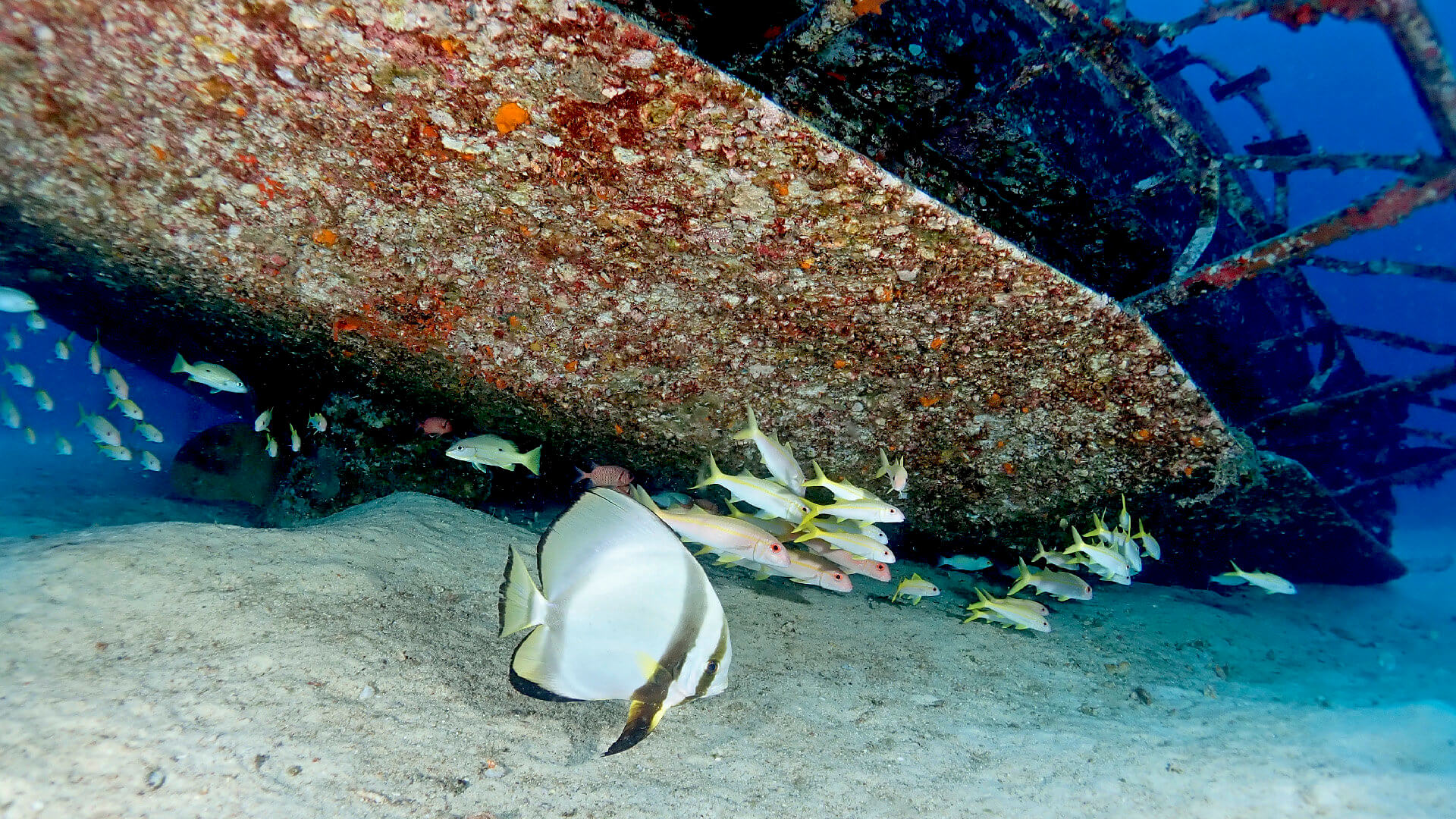 A Surprisingly Diverse Range Of Wrecks For Diving Around Phuket

Phuket is not well known for wreck diving but we do have a few and some are very good. In one bay at Racha Yai we have 5! Ok, we’re using the term wreck a little cheaply for a couple of them but they were boats and now they’re on the ocean floor so it’s a wreck.

Our premier wreck for diving in Phuket. It’s the oldest of our recreational diving wrecks and very much worth a visit for all experienced divers. The bottom of the wreck is over 30m deep and recommended only for Advance Open Water divers and above. You can read an in-depth description of this fantastic dive site here.

An old steel hulled liveaboard that was purposely sunk in 2009. The idea was to take some pressure off the reefs at Racha Yai after the tsunami damage. The bottom of the wreck is at 22m and the top at 14m. It’s not a large wreck but it’s fun for all levels of divers. The usually clear water at Racha Yai makes it an easy wreck to navigate. What ever is lurking inside can be easily spotted through the large openings.

Batfish, lionfish and boxfish are almost always hanging around on the main deck area. The wreck does occasionally through up some surprise sightings; harlequin shrimp, jenkins whiprays and some very large barracuda can occasionally be spotted.

Pretty much just a big pile of wood but you can still just about make the shape of a boat. This all wooden fishing boat was sunk in 2007 – again as an artificial reef. It lies just a little bit south-east of the Harruby at 24m. It very often has a school of blue-lined snapper and yellow goatfish swimming around the wreck adding a splash of colour to an otherwise dull area.

One part of the wreck is a cleaning station and is full of ocean janitors. Durban dancing shrimp, boxer shrimp, blue streak cleaner wrasse and occasionally pacific skunk shrimp. Large moray eels, lionfish, reef stonefish and sometimes freckled frogfish all make the Andaman Eagle home. If your NDL allows it’s worth taking a quick look to see what special animals might be around. 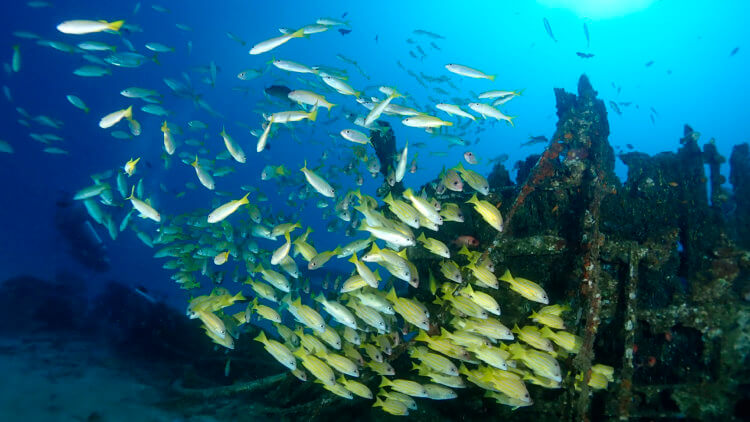 Sunk in 2000 by the former owner of a Phuket dive company, Marla’s Mystery sits deeper (34m) than the other wrecks at Racha Yai and so therefore is rarely dived. This has been beneficial to the wreck, there’s plenty of hard and soft coral growth on the hull and deck which attracting large schools of snapper, some very large groupers and moray eels.

A bathtub race to the bottom was arranged to celebrate the new artificial reef and the chosen chariots are scattered around the wreck. Find out a little more here.

The speedboat is just off the south corner of Homerun Reef. The bottom of the wreck is at 22m and the top is 21m… so not the most imposing wreck you’ll ever see. Its location on an area of barren sand attracts the local wildlife. A big school of 5 lined snapper are always hovering around the horizontal collection of boat parts as well as durban dancing shrimp, stonefish and occasionally robust ghost pipefish. Always worth a little swim out in the sand to see what you can find hiding amongst the debris.

The Sinaran Andaman cargo vessel struck Coral Island in a heavy storm in 2015. After most of the wreck was salvaged, for some reason nobody wanted the bow section so it was generously donated as yet another artificial reef for the now quite full Bay 1 at Racha Yai.

It’s not been down long so the marine life hasn’t quite taken over but its cavernous interior is sure to attract some cool creatures eventually. It’s only a short swim from both the Harruby and Andaman Eagle, it’s quite possible to do all three wrecks in one dive. A nice addition to the wreck diving in Phuket

The Boonsung was an old tin mining vessel that sunk in 1985 and created an oasis for marine life just outside the port of Thablamu. It’s completely different from the rest of the diving on the Similan Island liveaboards but well worth a visit. Check out our in-depth description in our Similan Island dive sites section.

Even closer to Thap Lamu Pier. The MV Sea Chart sunk in rough weather as it was transporting teak logs from Myanmar. Not a regular on most liveaboard safari’s because of the depth but can be reached via daytrips. The MV Sea Chart is lying in 40m of water and the very shallowest part of the wreck is at 22m.

There’s a fair amount of marine life but unlike the heavily degraded Boonsung Wreck, the solid structure of the MV Sea Chart allows for a couple of short penetration points.

The best way to dive this wreck is from day trips based out of Khao Lak. MV Sea Chart is very close to the pier and makes a nice double dive with the other wrecks in the area.

The Premchai wreck is the sister ship of the Boonsung. Unlike its sister ship the Premchai remains fully intact. Like all the wrecks in this area the visibility is never great but they all attract a great deal of life. Including; nudibranchs, moray eels, cuttlefish, spearing mantis shrimp, schooling snapper and specials such as ornate ghost pipefish and orang utan crabs.

The wreck was sunk for the benefit of recreational divers and is perfectly positioned just outside Khao Lak. She lies in 21m of water, the top of the wreck is around 12m. An easy to navigate wreck that’s worth visiting if you’re staying in the Khao Lak area or have a couple of days to kill after a Similan Island liveaboard.

We do have some excellent deep wrecks around Phuket such as the HMS Vestal and HMS Squirrel. These wrecks lie at almost 100m so strictly for tech divers only. There’s not a huge tech market in Phuket but we are planning to explore these wrecks and offer technical wreck diving in Phuket in the future. 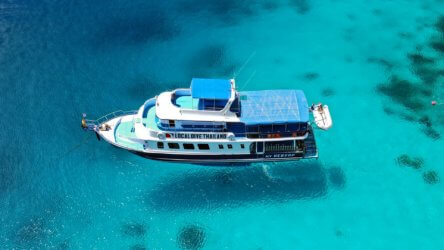 Local Dive Thailand runs a purpose built scuba diving tour boat here in Phuket, the M/V Kepsub. So have a look at our schedule and see where you would like to visit & dive with our expert local guides who will show you an amazing variety of marine life no matter which dive sites or locations you pick. Get on-board with Local Dive Thailand now for an unforgettable Phuket scuba diving experience! [...] 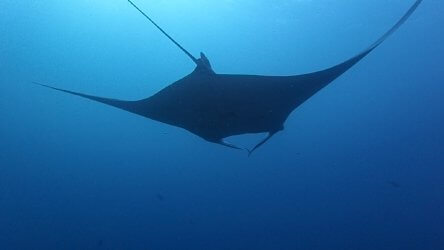 Quite honestly we wish we could get to Racha Noi South Tip every trip but the converging currents from either side of Racha Noi make it a challenging dive even on weak tides. Only once or twice a month the current is low enough for us to get there but it's a real treat when we can. Even the guides are queuing up for this trip! The dive site consists of a series of huge granite boulders that have been washed smooth by the strong currents. C [...] 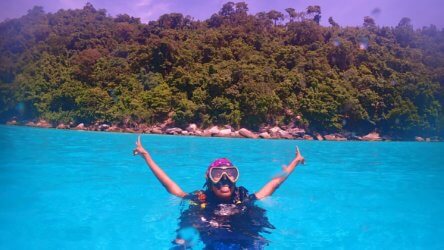 The PADI DSD (Discover Scuba Diving) has been added to the long list of elearning options available through the PADI App. New divers will be able to learn some basic scuba diving theory before getting in the water. It's not extensive theory, just some basic safety rules and some insight into how pressure affects us underwater. Not at all, if anything it simplifies matters. The prospective diver will be able to learn the necessary basic [...] 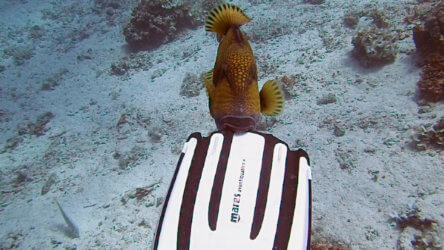 The titan triggerfish in Phuket are not going to win any modelling contracts but they can add a little excitement to a dive. A head that's 2/3rds of its body mass, independently moving weird googly eyes and a set of teeth that wouldn't look out of place on a hyena. Along with an attitude that can only be described as cantankerous They're a very prominent fish on Phuket's reefs. Signs of their activities are everywhere. Deep excavations in [...] 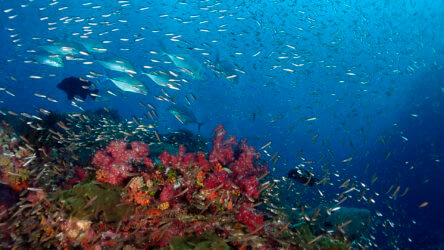