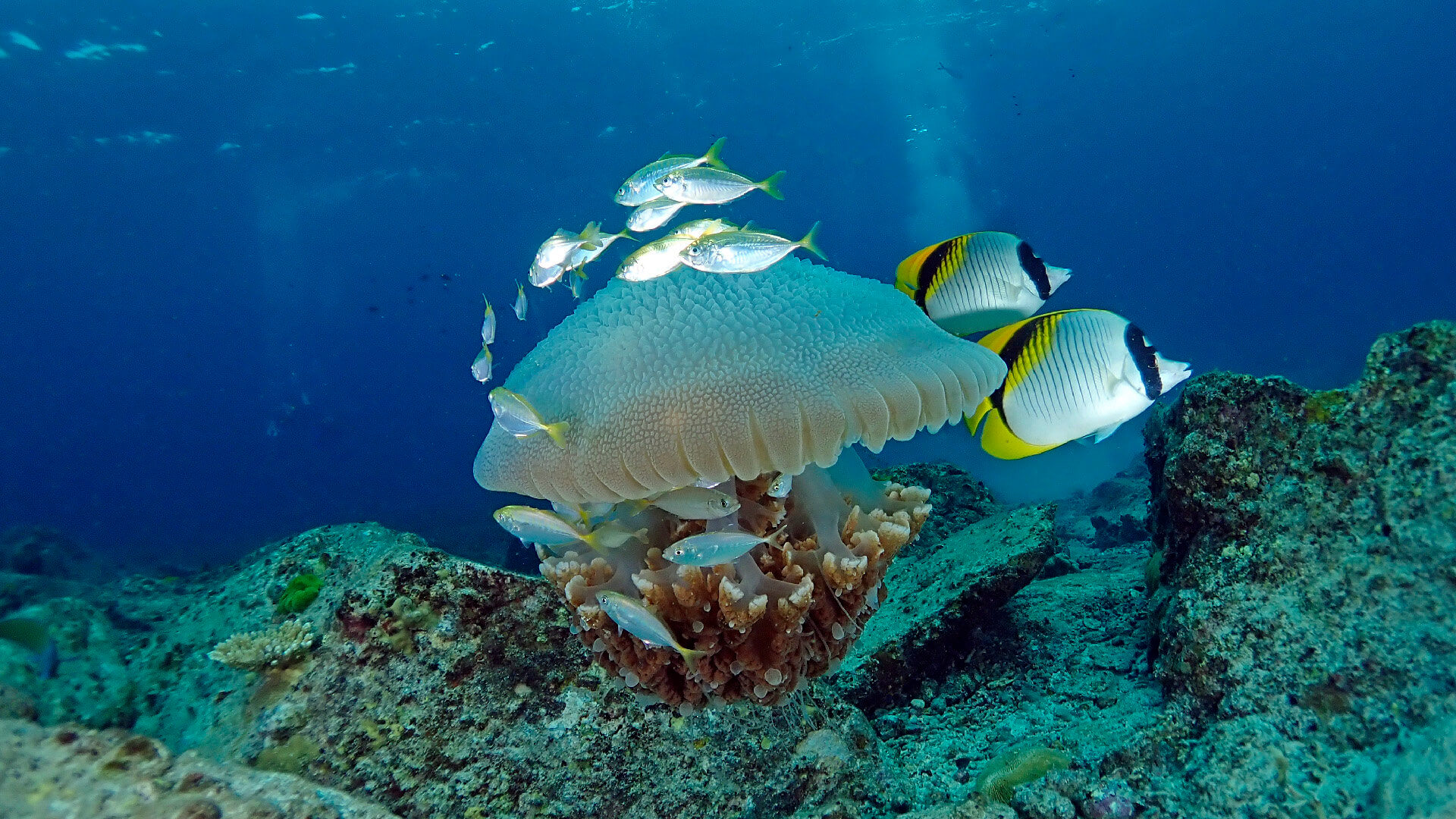 How to Treat Jellyfish And Coral Stings

Advice On How To Treat Jellyfish and Coral Stings

Jellyfish and coral stings are not a frequent occurrence in Phuket. The few cases we get are mild, only requiring some basic first aid immediately after the incident. Occasionally around the coast line, we sight box jellyfish and in low season we often have bluebottles wash up on the shore. However it’s incredibly rare to see either around our main Phuket dive sites. Still, the environment we choose to spend our spare time in is not risk free so it’s good to know how to treat jellyfish and coral stings.

What we do have on our dive sites is plenty of stinging fire corals and anthozoans (soft corals, anemones and some hard coral). We understand that the vast majority of divers respect the rules and don’t touch anything but accidents do happen. Prevention is definitely better than cure for all involved.

The animals natural defense/attack system is being fired with contact. All of the above are armed with nematocysts, a harpoon like stinging cell which is used both for defence and to subdue their prey. Neutralising the cells is the key component in successful treatment. As long as they’re still active they can inflict further harm. It’s very important to try not to remove any visible tentacles with bare hands. Use gloves or tweezers.

Most of the true jellyfish species that we run into on our Phuket day trips are relatively harmless and only produce mild stings. It can be irritating and should still be treated regardless of the severity of the sting. Some of the species are quite beautiful and some large enough to house other species. They are not fast moving but do keep a respectful distance to avoid accidents.

All of the above are very common on our dive sites, accidental contact is probably quite frequent but rarely does it cause more than a slight contact sting and some itching. Occasionally contact with anthozoans can produce more severe symptoms and require treatment. Nemo has probably been responsible for a few stings, clownfish hang out in anemones and photographers can get stung if not careful. 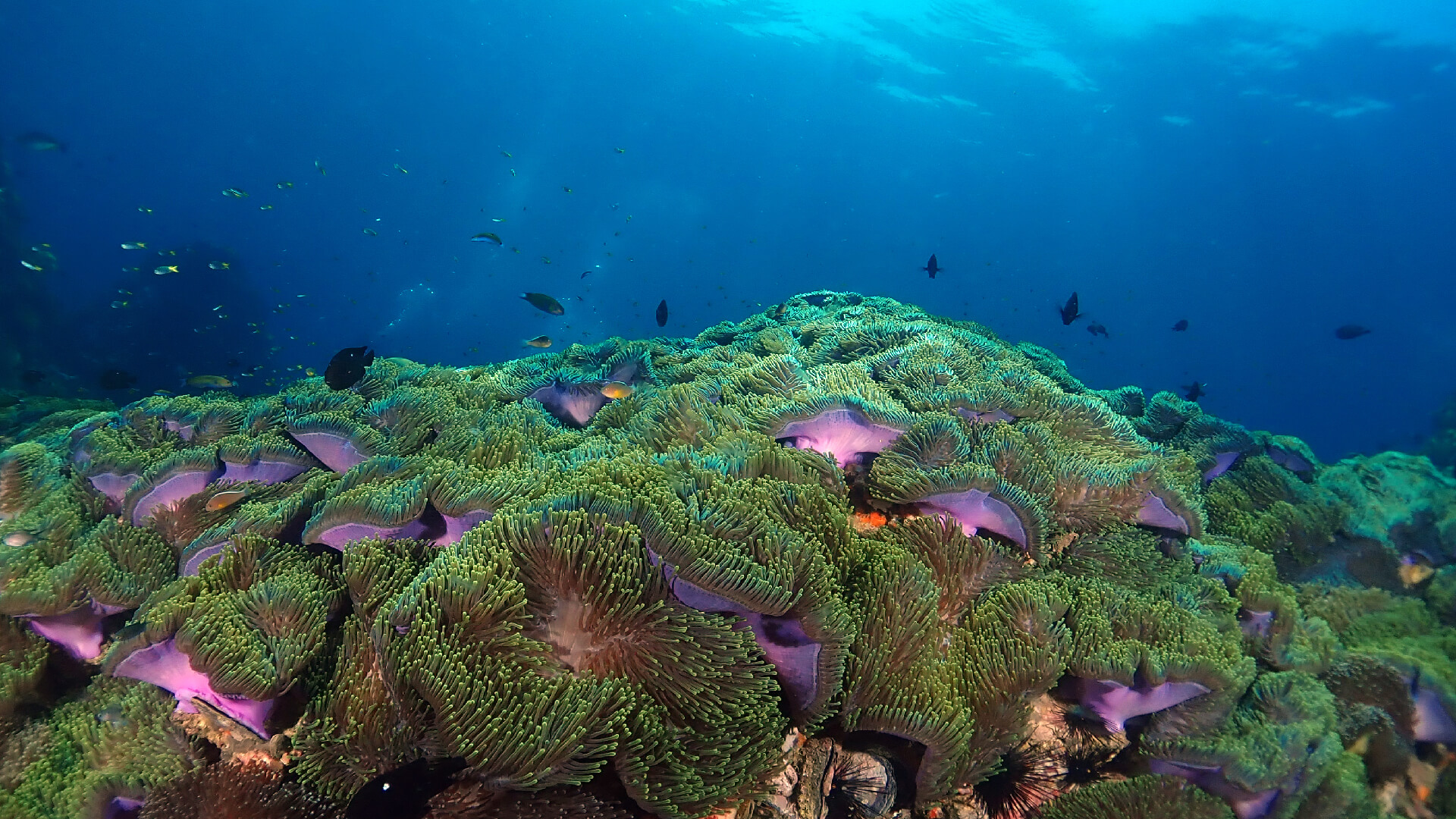 a minefield of anemones

Fire corals and hydroids are again very common on our dive sites and mostly go unnoticed. Contact with both can produce mild to moderate stings. It may only last a few hours but the pain and rash can return a few days later. If you’re unlucky, the double whammy of a cut and a sting from fire coral can cause more serious issues. Stings inside the wound can lead to infection and tissue necrosis.

Bluebottles or Portugese man o’war often get washed up on Phuket beaches during low season. Although it looks like a jellyfish, it’s actually a colony of animals all adapted to fulfill a specific purpose. When they’re being pushed around the oceans by their sail like bubble, the tentacles can trail for upto 30m. Fortunately the tentacles concertina up when it’s washed ashore but they’re still capable of delivering an extremely painful sting.

Fortunately an extremely rare animal on our dive sites. There are many different species of box jellyfish and only a few are dangerous. Quick, effective treatment will see the vast majority of victims survive an envenomation but many fatalities have been recorded. Unfortunately some of those have been in Thailand. 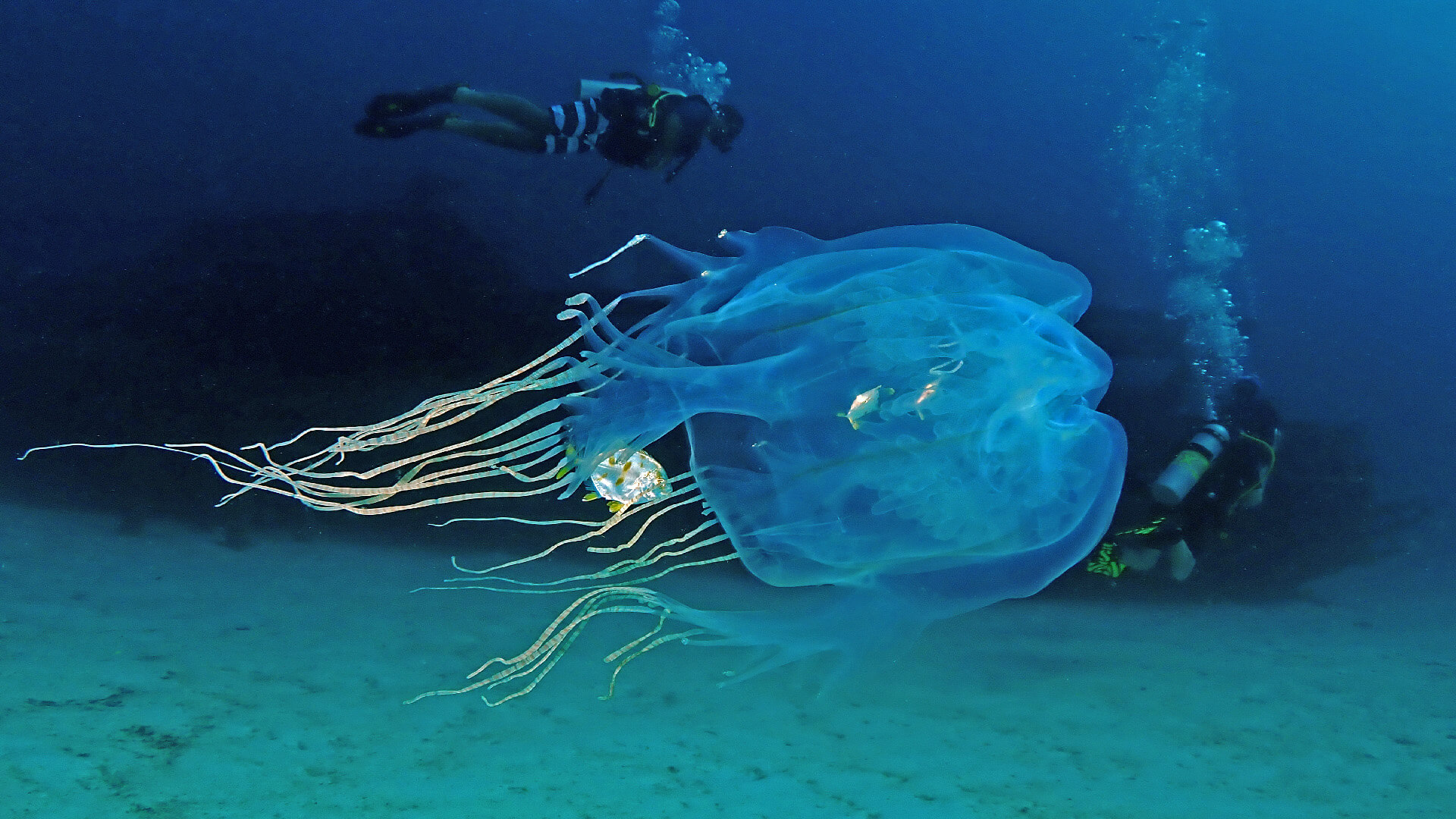 rare sighting of a box jellyfish at racha yai

For most of the above hospitalisation is rarely necessary with the obvious exception of box jellyfish. If you do get stung, rinse the area with generous amounts of vinegar to neutralise the nematocysts. Remove any visible tentacles with gloves or tweezers and finally wash with salt water. Do not use fresh water. If the victim is still experiencing pain after treatment, they can be given anti-inflammatories, painkillers or anesthetic cream. If symptoms persist then professional medical advice should be sought.

Box jellyfish stings are a completely different ball game. Emergency services need to be called immediately. On site first aid should start with the victim being made comfortable, the area of envenomation should be washed for at least half a minute with vinegar and the patient constantly monitored. In severe cases breathing can be affected and oxygen and assistance in breathing could be required.

Our onboard staff are EFR trained and available to help at all times but obviously we hope it’s not required. Good buoyancy, correct exposure suits and simply being aware of your surroundings will prevent most accidents. 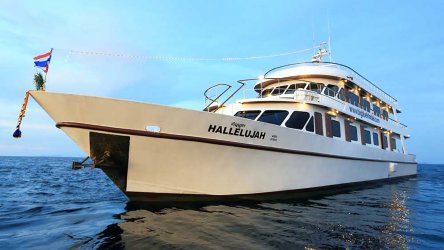 MV Hallelujah is one of the largest boats cruising in the Similan Islands. Her 35m all steel construction makes her safe and comfortable, promising a relaxing ride throughout your Thailand liveaboard adventure. Due to her generous proportions, most guests find themselves spending the majority of their time between dives in the expansive common areas of the boat. Relax in the roomy air-conditioned saloon which has a large TV, a DVD pla [...] 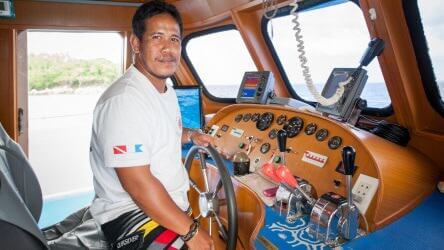 Get started with your diving or boat crew career by becoming a member of the Local Dive Thailand team! We are always looking for experienced freelance instructors, or qualified diving guides for the Phuket area. We will also post specific job listings as they become available, but if you are looking for crewman or captaincy work, please don't hesitate to send us your resume` [...] 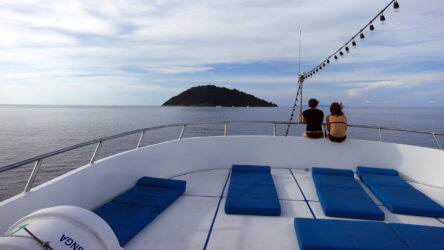 Liveaboards in the stunning Similan Islands National Park are rarely disappointing, especially on a great boat like MV Pawara. However, if you're missing the celebrations on the mainland, a Songkran liveaboard trip needs to be great. Occasionally bad weather or poor visibility can be a bit of a pain but fingers and any other available appendages were firmly crossed to ward off any bad luck. That appeared to be a waste of energy as rain greete [...] 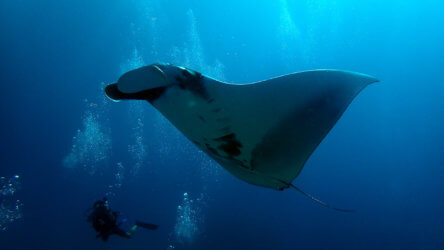 The magnificent giant manta rays are regular visitors to Thailand but despite their enormous size can be difficult to find around Phuket. These giant ocean creatures are for many scuba divers the ultimate underwater encounter. If you've ever been fortunate enough to spend time with these enigmatic rays then you'll know why. They're big! The largest ever recorded had a whopping wingspan of 9m. That's not normal but they still average a [...] 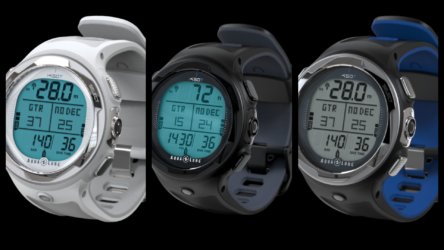 Having used the same computer brand for nearly 20 years, it was hard to jump ship from something that had only occasionally let me down. Especially to a brand that is although well trusted in the other diving equipment would be their first foray into the dive computer market. So enticed by a great deal and free in house quick and efficient repairs I decided to take a chance. The Aqualung i450T certainly looks the part, a sleek design a [...]